Got a deck? Solar panels now a plug-in appliance

It’s a green-energy geek’s dream do-it-yourself project: attach a few solar panels to your deck and watch your electric bills go down. Now one company is selling such a product.

SpinRay Energy has developed a system that lets consumers install up to five solar panels on their decks and plug them into an outdoor power outlet. People can install one panel at a time, and get up to 1,000 watts of power with five installed.

The main electrical components of the system have the UL safety certification, including the solar panel and the microinverter, which converts direct current from the panels to household alternating current. If there is a loss of grid power, the panels will stop delivering current because it could be a danger to line workers, according to the company.

SpinRay Energy is selling the DIY kit through a few retailers, including Amazon. There are just a few reviews, but people who installed the panels say they work as advertised. The deck kit, sold for $1,099.95 on Amazon, comes with brackets that attach to a deck or for setting up panels in a yard. The panels should qualify users for a 30 percent federal tax credit for renewable energy.

The idea of making a solar panel “appliance” that a person could install without an electrician has been pursued for years. But there is reason for caution, say solar industry professionals.

A representative from the renewable energy retail company AltE Store voiced some concerns when I described the product, starting with safety and UL certification. When I said the product has UL certification, he noted that many solar companies have come and gone, so he questioned the warranty.

He added that professional installers not only ensure safety but also help consumers pick good locations for solar panels.

The president of SpinRay Energy, Arthur Chew, said he has had five panels installed on his deck for months without incident. He brought building inspectors to look at the installation, but since it is a plug-in device, it’s considered an appliance and doesn’t need special permits.

As for skepticism from solar industry pros, he noted the panels use relatively new technology in the microinverter and people in the industry may be opposed to DIY solar because it cuts professionals, such as installers and electricians, out of the picture.

“Our plug-and-play systems are not a replacement for a rooftop solar system. They should be considered a stepping stone for those interested in being green and to learn the benefits of solar,” Chew told me. He noted the warranties for the panel and microinverter, which are made by other companies, are in line with the sort of warranties offered by other commercial companies.

If you have any issues about where and also the way to use hybrid solar inverter, you possibly can call us on our internet site.

Your provider might be throttling your internet. Here’s how to check 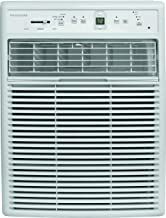 The best Side of 10000 Btu Air Conditioner