The couple who raised eight children in the LeChee area of the Navajo Nation did so without a power line running to their home. For Margie Tso, that meant laundering clothes in a tub with a washboard and cooking food on a wood stove. The children did homework under the light of a kerosene or gas lamp and did not have television.

At night, the lights from a nearby power plant illuminated their ranch, but decades would pass before a power line was extended to their home. When Margie Tso heard of a project to connect her home and dozens of others to the power grid, she watched as each power pole came closer and closer. On Monday, the Tsos had electricity for the first time.

This photo provided by Salt River Project utility, Margie, left, and Alvin Tso sit outside their house on the Navajo Nation in Arizona, on Feb. 20, 2014. . The couple who raised eight children in the LeChee area of the Navajo Nation did so without a power line running to their home. When Margie Tso heard of a project to connect her home and dozens of others to the power grid, she watched as each power pole came closer and closer. On Monday (April 7), the Tsos had electricity for the first time. (AP Photo/Courtesy of Salt River Project Utility, Michael McNamara)

Their children “grew up a little bit on the rough side, and so did we along with them,” Margie Tso told The Associated Press. “But we made it through, and now we’re going to enjoy these lights.”

Electricity is a basic necessity in most people’s lives but one that is considered a luxury on portions of the Navajo Nation. Across the 27,000 square-mile reservation that extends into Arizona, New Mexico and Utah, an estimated 15,000 homes do not have electricity, said Deenise Becenti, a spokeswoman for the Navajo Tribal Utility Authority.

Some Navajos prefer not to have electricity to maintain a traditional lifestyle. Others live miles apart, making it too expensive to connect each home, Becenti said.

“We can’t ask families to live closer together, because they’ve lived on these lands for generations,” she said.

The project in LeChee, a small community just outside of Page, came as the result of a mix of funding from federal grants, the tribal utility authority and the owners of the Navajo Generating Station run by the Salt River Project. The $4.8 million project that began in 2012 with a goal of connecting 63 homes is scheduled to be complete next year.

More than 75 miles of power poles and electric lines have been installed.

The lack of electricity has forced some Navajo residents to become creative. Some have used small batteries to power televisions, solar power for lights and generators for appliances. Laverne Etsitty and her husband, Dennis, have parked their truck close to their home so they could use the vehicle’s battery and a power inverter to watch TV and charge their cellphones.

Other residents regularly drive to the store to buy ice to keep food cool. Laverne Etsitty told Salt River Project officials that she looks forward to ending that chore.

“Everyone’s dream is a refrigerator and a new stove,” she said. “I want electric stuff like a microwave and crock pot and a toaster. Usually, I have to put it under the broiler thing to make toast.”

Robert Talbot, the manager of Navajo Generating Station, said he’s hopeful that access to electricity will have a lasting, positive impact on the residents’ lives.

Margie Tso is looking forward to reading more. She and her husband, who are in their 80s, are ministers who organize a large Christian camp each summer. They’ve used a generator to light up the event and used one at home as well lately. But Margie Tso said the power wasn’t reliable and they had to be choosy about what electrical devices they could run at the same time.

“My husband was saying that he needed a microwave, he needed a coffee maker, and he needed a toaster that could operate now,” she said.

While they have electricity now, Margie Tso said they still live without running water.

In case you beloved this post and also you wish to be given more details relating to hybrid solar inverter kindly stop by the site. 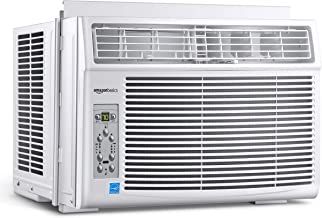