Tucked away in a corner of a quiet neighborhood in West Hartford, CT, French electronics manufacturer Legrand operates a massive factory that churns out an array of lighting, wiring, and building supplies.

“You’ll fine Legrand products in the electrical infrastructure within a building,” explained Brian DiBella, president of Electrical Wiring Systems at Legrand. “There are primarily three units that work on that here in North America. We have wiring devices, which includes switches, outlets, dimmers. We have a cable management division that provides access to power or data, either in or on a wall or in or on the floor. And then we have an overhead systems business that makes large-scale cable trays that you’d see in commercial and industrial buildings.”

Founded in 1865 in Limoges, France, Legrand began to focus on Internet of Things integrations in the last five years. “We deliver power, light and data to millions of spaces all over the world,” said Manny Linhares, Jr., director of IoT Strategy for Legrand North and Central America. “We really try to focus on the user experience and improving that, and over the last five or so years, we’ve really put a lot of time, effort, and energy into IoT.”

“Our products are designed to be in buildings, not just for a few years, but in some cases, decades or more,” DiBella said. With that kind of presence and access to power, Legrand is in a unique position to build IoT capabilities into its products and leverage the resulting data.

“We wanted to use predictive analytics to understand whether a product is still performing as intended. We can also get some great insights into what features and what things customers are using, which allows us to design better products and maybe deemphasize things that aren’t as important to them. And because we’re in pretty much every room, we’re able to make spaces more responsive, more reactive to the users of those spaces. Whether it’s a homeowner or a meeting room in a commercial office.”

And because we’re in pretty much every room, we’re able to make spaces more responsive, more reactive to the users of those spaces.

Legrand collects millions of data points and readings from its global network of sensors, then applies AI to predict behavior and usage patterns. “Our products are a great location to put in sensing technologies because they’re in a great place for human interface. But all that sensor data is going to just be data unless we have the ability to make sense of patterns of behavior,” he said. “Do people put the lights on at certain times of day? Is there a connection or correlation to certain weather patterns? Temperature? Again, building use and space and having more data to analyze will make us more accurate in terms of predicting outcomes or making spaces more responsive.”

Rooms that know you

“As AI takes hold of the residential space, there’s a bit of allowing the home to make some of the decisions for you as a homeowner,” Linhares explained. “As you’re moving around your home, it could actually manage the lighting controls for you, turning on the lights as you move around, even predicting when you’re sitting on a couch and you get up, whether you’re going to the bathroom versus to the kitchen to grab a snack.”

In commercial spaces, he added, Legrand’s IoT team is focused on conference rooms in offices and hotel rooms in major chains around the world.

“In the traditional commercial office setting, conference rooms are hard to come by,” he said. “Conference rooms are being taxed more and more, and they may get booked many weeks ahead of time and sometimes no one shows up to the room. If you could imagine that there’s a bit of the intelligence in the space, where the room could actually tell if it was occupied and if it wasn’t, it could actually put itself back into available inventory.”

This kind of sensor input plus situational awareness plus historical data can make hotel rooms more responsive, as well. “I spend a lot of time in hotel rooms and we might say they all start looking alike, but the truth is, at 2 a.m., when we get up out of bed, they’re not all alike. We’re not sure where that next piece of furniture is and it would be nice if the room could react by putting on some pathway lighting, or just enough lighting to help me guide my way to wherever I’m headed,” Linhares described. “That allows me to have a more friendly interaction with the room, so now I can get up and move around without being woken up by bright lights.”

To drive its IoT business forward, Legrand needed to standardize its designs and production processes around the world and ensure that its products are interoperable with major application interfaces for smart home and commercial IoT. Microsoft provided the cloud resources and AI capabilities that helped Legrand build Eliot, its Electrical IoT program.

“The Microsoft Azure platform is the central nervous system of Eliot and our connected products,” DiBella said. “The cloud database is where we store all of our data, and the cloud connectivity allows the Legrand ecosystem to connect to other ecosystems, so we interface with voice assistants, building management systems, controlling lights and power.”

“Because we’re a very global entity, Azure provides us physical real estate for the data to reside in different countries and meet the different privacy and security laws that are applicable all over the world,” Linhares said. “But there’s also IoT and AI expertise that Microsoft brings, and we  are trying to leverage that across all the products we offer.”

“As we rolled out more and more connected offerings into the markets, our customer service calls have gone up. That was expected, but sometimes, the wait time for us to actually get someone on the phone with those end users was actually longer than the call itself. We wanted to tackle that problem, so through a pilot with Microsoft and leveraging their AI tools on the Azure platform, we were able to create a vocal virtual assistant right in our app, so when a customer had a problem, they could ask the app a question and the app would answer it and take them through the remaining steps to get it deployed.”

Within that pilot, he added, the app handled almost all ‘easy’ support questions without any need for a human representative, and it routed more complex questions to the service queue more quickly and efficiently.

The future of business

Legrand is a fascinating example of innovative IoT and AI technologies that are driving business and customer experience. “It wasn’t that long ago that it would have been inconceivable to talk to your telephone or talk to a smart speaker in a room, have it understand what you’re saying, and provide you with a useful reaction or response or give you the information that you’re looking for,” DiBella said. “I think the potential of things we’re not thinking about today are only a matter of months or years away because AI is going to enable us to do things that today we don’t even think are possible.”

To learn more about AI and cloud solutions from Microsoft, visit.

If you liked this article as well as you would like to be given details relating to bathroom furniture supplier kindly visit our site. 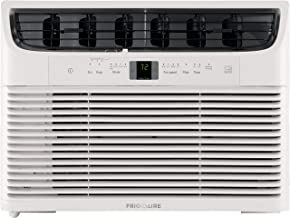 5 Tips about 10000 Btu Air Conditioner You Can Use Today