A CNN investigation has raised safety concerns about some AmazonBasics products.

A report from CNN on Thursday has raised concerns about the safety of Amazon’s line of Basics products. Speaking with customers after seeing hundreds of reviews online, CNN reported that items from the AmazonBasics line, including toasters, microwaves and charging cables, have been catching fire or even exploding.

One customer told CNN that a house fire started when a USB cable melted on an office chair and ignited the upholstery. Another told the publication that he noticed flames coming out of a surge protector.

Subscribe to the CNET Now newsletter for our editors’ picks of the most important stories of the day.

Amazon responded to the investigation with a blog post saying it works with third-party labs on safety and compliance standards, tests its products to ensure they pass those standards and monitors customer reviews. It removes or adjusts the design of any product that fails its tests.

You can read the reviews online for products that are still up for sale — for example, the voice-activated AmazonBasics microwave has a review from earlier this week saying that “it sparked while making popcorn, and started melting the inside.” CNN notes, however, that the negative reviews for the microwave make up only around 5% of all reviews.

“We take the safety of our products seriously, and are confident that the AmazonBasics Microwave is safe to use,” an Amazon spokesperson said in an emailed statement. “We take several steps to ensure our products are safe including rigorous testing by our safety teams and third-party labs. The appliance continues to meet or exceed all certification requirements established by the FDA, UL, FCC, Prop 65, and others for safety and functionality.”

One review on Amazon’s site.

According to CNN, there have been around 1,500 reviews since 2016 describing more than 70 AmazonBasics products as sparking, smoking, melting, catching fire, exploding or causing electrical malfunctions. Of those items, around 30 remain on sale now, CNN said. Amazon recalled two Basics items, in 2018 and 2019, following more than 50 reviews about a power bank overheating and 25 reports about a space heater overheating, sparking or burning.

Other AmazonBasics products included in CNN’s investigation are a two-slice toaster, a portable electric hot water kettle, a five-cup coffee maker, an outdoor patio heater, a car battery jumper cable, several surge protectors and batteries, a thermal laminator machine and multiple charging cords and accessories. You can see the full list and read the entire investigation over on CNN.

“Amazon must immediately stop selling any AmazonBasics products that are defective, notify consumers that are in possession of these products, and work with the US Consumer Product Safety Commission to conduct swift and thorough recalls to remove these dangerous products from homes,” the letter says. 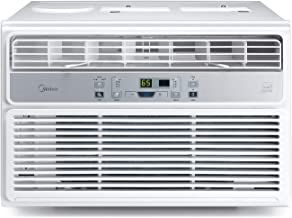